How I prep for games

Last week I wrote about how I run games, but I felt I had more to say on the prep part, so here we are. A more detailed example of how I prep. 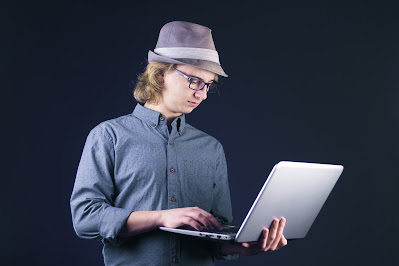 I decided I wanted to run a sci-fi game, after finding some inspiration from recently watching Cowboy Bebop and playing the new Guardians of the Galaxy game. Since it’s December, I decided I wanted a christmas theme to it and keep it to a one-shot. I just wanted a sci-fi hit again.

So I started thinking about what I wanted for this one-shot. The requirements were that it should be playable in 2 hours and feel satisfactory as a one-shot. Matt Colville once said in a video that you could roughly fit 5 encounters in a session - he was talking about 5e and probably a longer session. I think 5 encounters works for 2 hours if you’re doing it free kriegsspiel style.

So with that in mind, I figured salvaging a small ship could be a neat little mission. For laughs, I decided to theme it as a sci-fi version of Santa’s sled - except it’s a spaceship. The ship could have some valuable cargo and what I call a “hydro-core” as treasure, and android christmas elves as potential enemies. Now I also felt I could draw up a node-map: 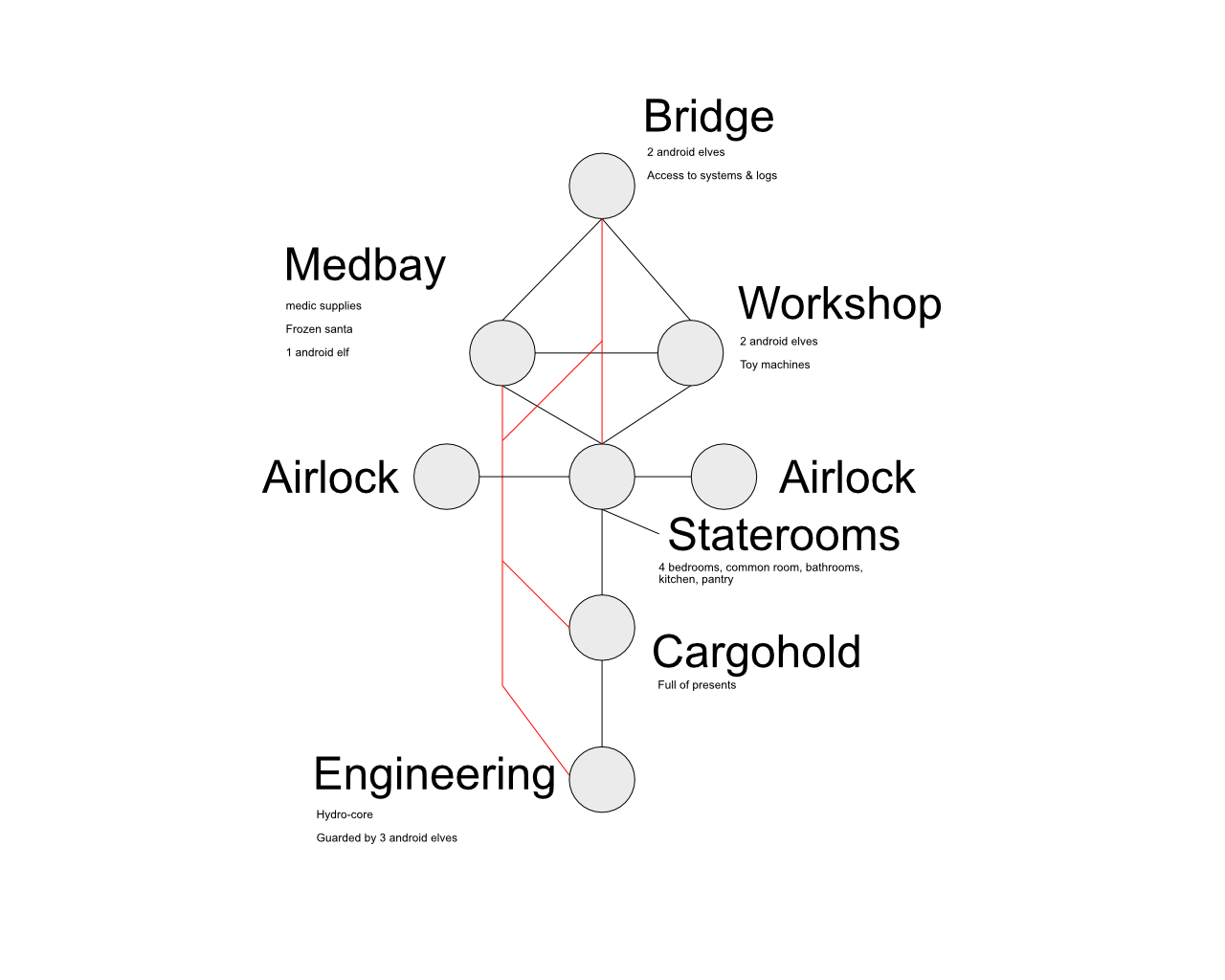 The black lines represent normal corridors, while the red lines represent crawlspaces. Each of the nodes might be several rooms, but those are details I can hammer out on the fly. Just listing the rooms in advance makes it easy for me to just whip out a layout during the session. I imagine something's wrong with the android elves, so they will default to being unfriendly and worringly concerned about whether the players have been naughty or nice. I also wrote "frozen santa" - what does that mean? Presumably Santa lost to an android elf mutiny and got incarcerated in a cryopod. Thawing Santa is of course entirely optional - they're here for salvage after all.

So a node-map like that one is almost all I need to run a game. I can fill out on the fly how the ship looks inside. I might sweat a bit if anyone sits down and maps it during the session, but in my experience players typically fix onto directions rather than the room’s dimensions.

For playing this, I’m going to use 2400 Cosmic Highway. One of the elegant things about rules-light games is how little investment players have to make to get into them - in this case, they just need to know what to note down about their characters. 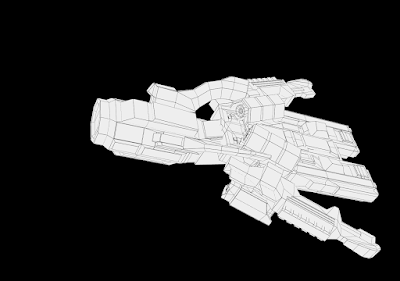 Oh, and I'll probably need a name for the ship. Let's call it, uh, Blitzen.

So this is it, now I feel ready to run Salvage Contract 6 on December 6. I have submitted this to the half-assed jam. I want to flesh it out more based on the experiences made from actually running the one-shot too.