After an extended absence, I have finally returned to blogging. I've caught on the trend of the "one page settings", as seen on reddit and on Dungeons and Possum's blogpost. I wanted to give it a go for a setting I have tinkered with for a little while. I have also been sketching some drawings for the Lost Warden Tree, which will probably appear in a separate dungeon post.

Thanks for checking this out! :) 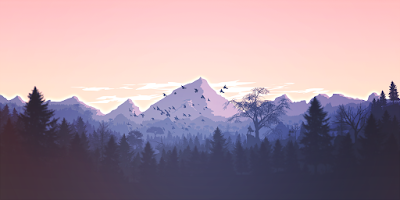 The Guide had returned to Sorabu Forest for the first time in years. Behind him walked the Stranger, clad in dark robes, his hands wrapped around a large tome. For the six weeks they had travelled together, the Stranger had barely let go of it. They stood on a crest in a rolling field of grass. The edge of the forest was just a few hundred feet away. Above the canopy rose the mountain line known as Ashwall.

The Stranger cleared his throat with a cough.  “This is the place,” he said. “It is here, waiting for us in the forest.”

“This forest goes on for miles, sir,” the Guide said.

The Foreboding Shadows of 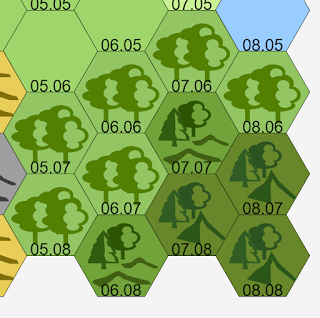 Sorabu Forest lies to the south-east in the kingdom of Hirelm, a forest so massive and impregnable that no known explorer has traveled beyond the legendary Ashwall Mountains and returned. Beneath the canopies of the ash trees, many dangers lurk and many secrets remain buried in the undergrowth.

Tribes of forest goblins come raiding from the forest’s edge, sometimes mounted on ferocious boars. Deeper in the forest, lost draugr (as Wight) wander in a cursed quest to find their way home. All parts of the forest is watched over by guardian nymphs (as Nixie), who directs the trees and in dire times awaken the mighty treants. In shadowy ravines and lost groves, the giant spiders lurk, trapping lost forest goblins in their webs. When the moon reaches its apogee and turns blood red, a cursed forest dragon (as Dragon) takes to wing, in search of its stolen eggs.

Along the border of the forest there are many villages and steads, where Hirelmian peasants toil by day and forest goblins skulk by night. The most notable of such villages is the village of Reynglen (06.06) which lies far into the forest, but is still accessible through a handful of glades. Most adventurers foolish enough to brave Sorabu Forest come here, often tempted by rumors of Ravalfstad (07.07), an elven temple said to be built with amber and other mysterious crystals.

The canopies of Sorabu Forest choke all light, except for the steep inclines of Ashwall Mountains (07.08, 08.07, 08.08) where the the Lost Warden Tree (07.08) is hidden away. Buried beneath the Warden Tree is one of the sealed Elsegates. To the west, the Burned Hills (04.07) the forest goblins have built their strongholds.

Canopies - The forest canopies hide the sunlight and prevent visibility beyond 300 ft.
Colors - The grey trunks, the brown and green undergrowth, the red berries of the rowans.
Foreboding - Sometimes the birdsong stops. Is something watching you?
Uneven - The terrain rises and recedes. Travel is impeded by serpentine paths.
Damp - The air is humid, pungent,  full of fragrant scents. Herbs grow everywhere.
Rich - The area is rich in various herbal plants and small animals.

Skulk - A forest goblin leader. Wants to settle the Lost Warden Tree. Needs to rid the spider infestation there.
Alora - Leader of the nymphs.  Wants to bring back the Forest Spirit. Needs to drive away the forest goblins.
Howden - Mayor of Reynglen. Wants the best for his folk. Needs supplies and security.
Queen Corvana - Queen of the Elves of Ravalfstad. Wants novel goods and people to interact with. Needs to neutralize the forest dragon.
Forest Spirit - Divine spirit in the form of a forest dragon. Driven mad by the loss of its eggs. Wants the eggs back. Needs the Whisper Curse to be removed.

After an extended absence, I have finally returned to blogging. I've caught on the trend of the "one page settings", as seen o...

This site is my blog about games, stories and the development of them. Also a smattering of reflections here and there.