For the last ten years, I have been really committed to making stuff for tabletop games. Despite that amount of time, I have only ever published one thing for roleplaying games - that’s an 18-page zine. Yet, I have a digital graveyard of games projects on my Google Drive account.

What is happening here?

The problem for my part is not writing, but actually doing something once I have a roleplaying game system in place. What I have found is that when you are done writing your rules system, you aren’t actually done. It still needs to be tested. And even at that, the system usually just outlines how to handle certain types of player interactions. There’s no way of telling if the rules system is a good “vampire-slaying game” even if you have a stake, a blood gauge, and some rules for vampires.

What you need to do is to make an adventure. Your rules system usually only explains how to handle interactions, but your adventure will be where all of your interactions will take place. You will also discover some interactions here. You can use whatever system to test it out, be it a minimalist game to something chunky like Pathfinder.

If you draw a comparison to almost any video game, the rules for handling interactions are implicit - but the space you play on is usually the defining part of the experience. Bloodborne would be boring if it only took place inside a white box. Super Mario is completely pointless without its array of levels. You won’t know if Mario’s jumping is fun unless you have some areas to play in. The same holds for roleplaying games - your blood gauge is pointless unless it is put into a context where there are dark castles and thirsty vampires.

Where do I start?

Let’s start with a minimal amount of effort that yields an interactive space. Let’s say you want to make a vampire slayer adventure, so let’s pick an appropriately gothic location - an abandoned cathedral. A really quick way of getting something playable is to just google “cathedral floor plans”. One of my searches yielded this: 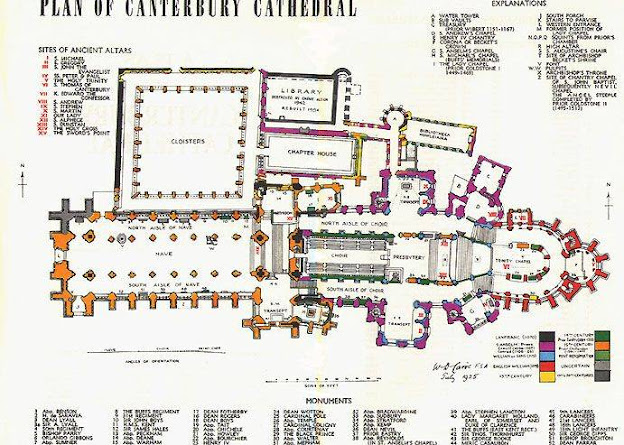 So now all you have to do is get some grid paper and draw that over the grid paper, right? Well, not really. Just scale it to something suitable, keep a ruler at hand if you have some scale sensitive issues for your adventure. If there is combat involved, just improvise a gridded arena to play out the fight. Don’t commit to more work than necessary.

Now make a quick list of what you want in your adventure. For my part, I want:

Here is a quick example to key the map we just googled: 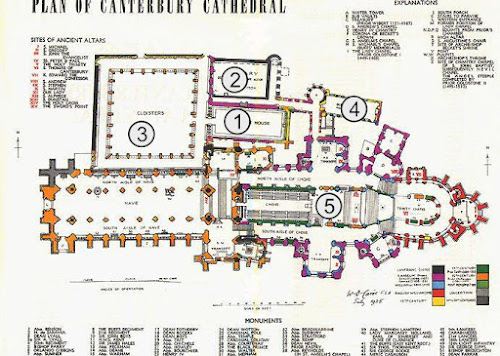 Now, let’s go! You are ready! Find a single player to run the game with first. Remember to describe everything as either dark, rain-soaked, decrepit, or spooky. Get someone to sit down and figure out how they will tackle the vampire, the wolves and see if they discover the treasure. Use your brain to resolve issues like travel times, what stuff is in there, what they see, etc.

While you run, try to take some notes on what the players pay attention to. Write down quickly what you wish you had thought of before you started running the game. After the game is over, you are armed with more experience about your adventure. Start a second pass of your adventure and refine things. Maybe some areas can be cut away?

Maybe now is a good time to draw your own map? Sure, but start simple. Do a node graph first: 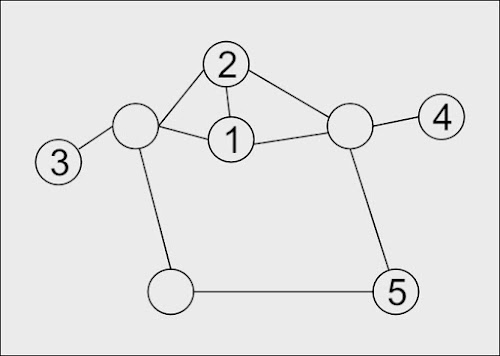 Now you can draw up each of these areas individually, or on a giant graph paper, or in your favorite software. My poison of choice is Affinity Designer. I find that this process often makes me add more details and ‘garnish’ to the adventure. It's what I used to make the Atlantean Beacon, for example.

If you  need some tips on what to stock in your adventure location, maybe check out Snusk&Rusk's dungeon creation checklist!

When do I write the rules system?

Rules systems usually write themselves when you are armed with the experience of what kind of interactions you want to play out. Once you know what you end up having to make rulings for, maybe it’s time to make a small house rule for it. After a while, you will have grown a sizeable cyst that can be re-packaged as a separate rules system.

The more adventure locations you’ve made and tested, the better. If they are relatively system agnostic, you can have others test these locations too. Most iterations of D&D feature vampires, so you don’t have to write a stat block for your adventure. Just say “there is a vampire here”. Many systems also have stat lines for wolves, so no need to stat those out either.

I know that for many that get into roleplaying games, it may seem like a natural step to sit down and write your own system. Maybe you start out with finding some sort of “core mechanic” and maybe you make up some cool-sounding stat names like “Agility” and “Muscle Mass”. If that is what you really want, go ahead. However, once it is done, it is about as useful as a lifeboat in a desert. You won’t know if it is good or not until you see people play it out. Even if you have players that read your rules system and say they like whatever rules you put in it, you won’t actually know if it works. The only way to know if your rules system is worth its salt is to play it. And without an adventure to go with it, you won’t get anywhere.

GDC talks are really inspiring to me, and some are more directly usable than others. This is one I really find relevant for the matter of this blogpost: