on July 27, 2020
Roleplaying with my children has always been an aspiration I had, but I’ve not always been successful at it. Last Halloween I ran a relatively simple adventure where the kids had to rescue the village by gathering four artifacts to drive away the evil. Before that, I tried to get an adventure going with my eldest child, but it didn’t catch his interest.
Lately, things have changed. Earlier this summer I ran a simple “legacy board game” prototype test for the kids, which worked quite well. I repurposed the rules for Afrikan tähti, which is a common board game in Scandinavian schools and kindergartens. The setting was “Mars”, lightly inspired by Edgar Rice Burroughs’ “[...] of Mars” book series. The kids enjoyed it, but I closed the campaign after 4 sessions. Prepping with prints took time and it was difficult to maintain such a loop. 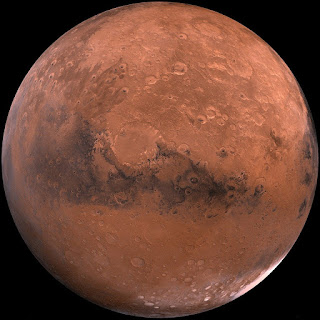 Since the setting was already familiar to the kids, I decided to try out roleplaying in that setting. I can go into the Mars setting I made later, but I can point out some primary inspirations:
These titles have more or less informed the content I made for the setting. There are a lot of considerations going into making content for children, and I cannot summarize them here. I did try to keep it much in the style of the titles above, but with emphasis on exploration. Violence was kept vague and minimal.

I have made a light bullet-point style write up of the adventure location. I tried to be minimalist about the approach and wrote up just what I needed to run the game for the kids. The creature stats at the bottom of the adventure text are made for the system I am running, but you can also interpret the “Ability” stat as Hit Dice for a D&D clone.
Link to adventure text:
https://docs.google.com/document/d/1vguzKH64AUCc5kw2DBWINACvIQRQxQ48G8iIb1LuIOE/edit?usp=sharing
I also made a pdf with a map of the adventure location:
https://drive.google.com/file/d/1UCNr3hOT0nwb5V_-r7hlrP-eojHnHgqY/view
I used my friend's checklist as inspiration - it really helped me get going.

I have only played one session so far, which lasted roughly an hour, including character creation. So far, both of my kids were enthusiastic. I narrated the location slightly spookily. They climbed up the tower, looted some lenses, and then made their way back down to the hall. The Marsgull was scary to them, so they ran away and called it the day. They want to go back and explore it further for the next session (thankfully!).
adventure adventures on mars rpg with kids