on October 10, 2018
The Assassin’s Creed series has a variable reputation since the initial game was released in 2007,  with Ubisoft constantly churning out new titles. While there are some highlights, such as Black Flags and Origins, many of the games released in the franchise usually only changed the setting, but not so much for the gameplay.

Assassin’s Creed Odyssey might feel familiar to people who played previous titles, especially Origins, but the game has a world design which sets it apart. While playing Odyssey, I noticed some elements that could be fun to use in roleplaying games. 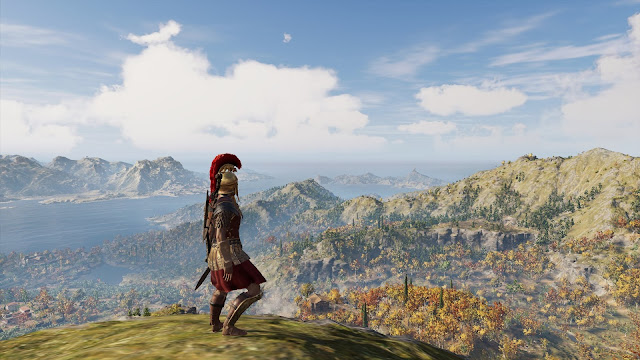 In this blog post, and in a following one, I suggest some elements that you can put into your campaign, especially if you have a decent amount of coastline and a smattering of islands. Here are three out of five inspirations from Assassin’s Creed Odyssey:


A lot of adventuring I’ve experienced in roleplaying games usually happens firmly on land. That’s fine, but you can also enhance exploration opportunities by putting stuff at the bottom of lakes and coastlines. Especially in Odyssey, there were several ruins and shipwrecks to be found under water, usually in shark-infested waters. In Greece there were several cities that ended up being submerged, such as Pavlopetri which sank somewhere around 1000 BC. The same can be true for your setting - there could have been earthquakes, rising sea levels or magical catastrophes that sank cities. Amongst the ruins, there might be treasure chests and relics of a bygone era that are worth a lot of gp! 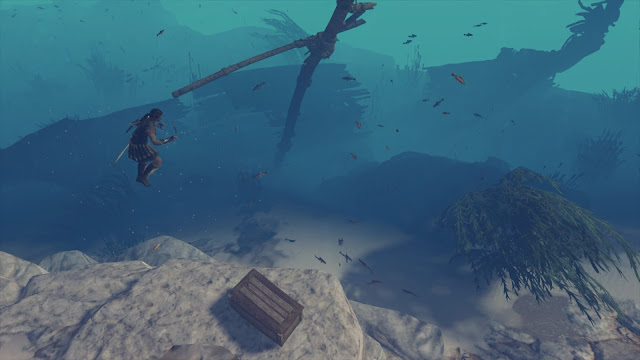 Similarly, maritime disasters happened frequently, with ships being sunk due to rough waves, naval battle or grounding on shoals. Whatever the reason, the ship has now sunk and spilled its valuable cargo on the ocean floor. Now, diving a thousand feet to the ocean floor might be off the table for most PCs, but there are still plenty of places a ship can sink where it is still reasonably accessible to a brave freediver. Especially ships that are smashed against cliffs or shoals can be easy targets for “treasure recovery”.

Recovering said treasure can pose several challenges ranging from the logistical to hazardous. Some points could be:

As evident by the term “Murder Hobo”, it’s not unheard of that PCs murder, steal and cause chaos, sometimes also in towns and villages. In Odyssey, if the player happens to steal, murder civilians, or worse, kill soldiers, then a bounty is put on the player’s head. As soon as the player racked up some bounty, two things happened:


The Sponsor can be just about anyone, but probably someone with a stake in seeing the PCs brought to justice. Mayors, sheriffs and local barons are good candidates. If you want to make it interesting, announce a bounty on just one of the PCs. Maybe the PC’s companions will suddenly feel for cashing in their “friend” ? An alternative solution can also be to pay off the sponsor by paying the 150% of the bounty’s worth. 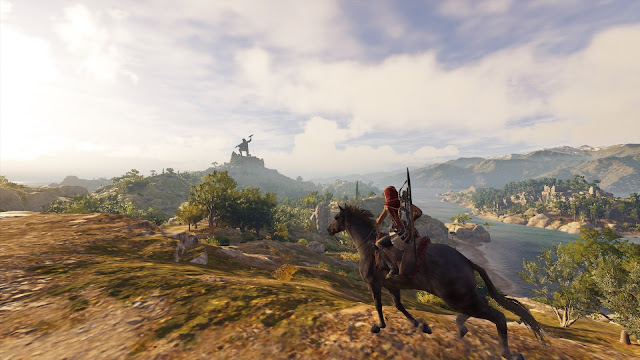 Bounty Hunters can be a bunch of encounters worth of trouble. They are tough and probably experienced in bringing in dangerous individuals from far and wide. They should use dirty tactics and strike when it is least convenient for the PCs. Still, they have to track down the PCs, which by itself isn’t easy. They only have the descriptions from local witnesses and whomever issued the bounty to go by, so they might just as well pass the PCs by without knowing. Initially, they’ll seek out the area where the PCs were last encountered and work their way from there. Some might be smart and have spies in major towns, while others might be lone wolves with a somber backstory. 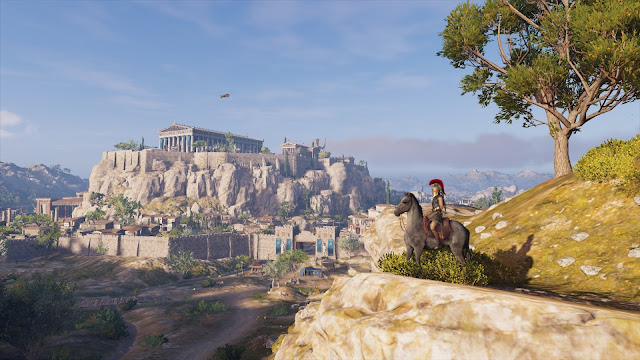 Oh and here’s some random bounty hunters you can use in your campaign.

Home Is Where The Boat Is

Another prominent feature in Odyssey that makes a return from Black Flags is the naval system, modified to match the technology of Ancient Greece. Typically you’ll see Biremes and Triremes in Odyssey, which are oar-powered warships of that era. The most prominent weapon was the ram, which they used to crush other ships with. In Odyssey, you’re given control of the Adrestia, which is a Trireme-like ship that you could use to engage both battle and exploration. The Adrestia functions almost like a “home base”, allowing you to fast-travel to it when necessary. Another fun aspect about this was that you can upgrade the ship by buying new ram heads, figure heads, hull upgrades and better oars and so on. 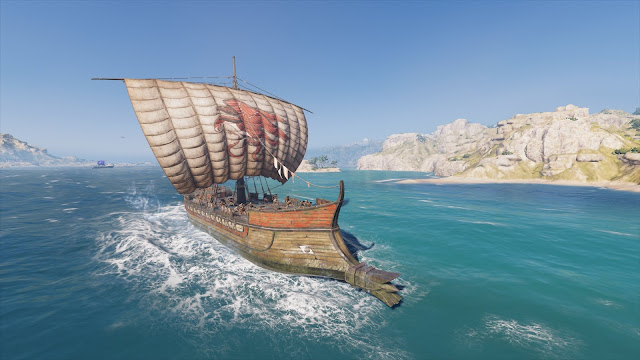 The stuff I described above could easily be translated into a “west marches” like thing, where the ship is a stand in for the central town. Money brought back from adventures could be used to upgrade the ship, hire better crew and maps. Better yet, the ship can move around, bringing its players along with it. Certainly there’s a risk of the ship being destroyed, which could ruin everyone’s day... Really, I have no strong work-arounds for this. I think the PCs should be careful with their “home base” ship and not risk it needlessly. If it is about to sink, you can always beach a trireme. Heck, it’s even possible to transport a trireme over land, if you have enough crew and some crafty engineers.

Triremes had some limitations too. They had little room for supplies, so they had to make frequent stops to resupply food and drinking water. They could get waterlogged easily, so they were usually kept on land during nights. Also, rowing at high speeds usually wore out the crew pretty fast - for long distance travel, they primarily used sails. Triremes also had a high upkeep cost in terms of parts such as ropes, sails, oars and even masts. Oh, and they’re made out of wood, so be careful with your fire spells. 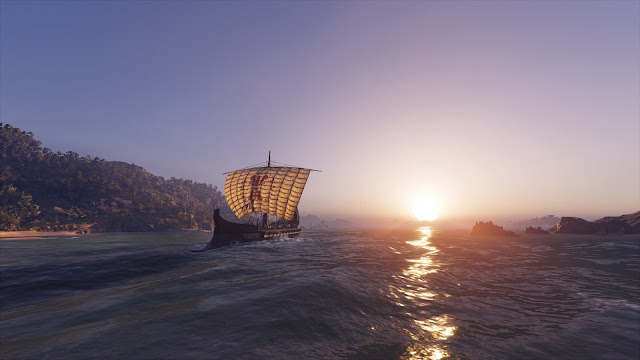 If you’re thinking of running a campaign in something like the Aegean Sea, having a ship as a “home base” could be very interesting. A trireme usually had a crew of 200, which means that if a PC dies, you could plausibly recruit an oarsman to become a new PC. It is also a great common point for the PCs to invest their hard earned gold, which everyone benefits from in the long run.

If you are playing Knave, why not check out the Knaval Rules?

Since these three inspirations already racked up a word count, I've decided to follow up in a second post with two other inspirations, involving the use of ruins and cultists. 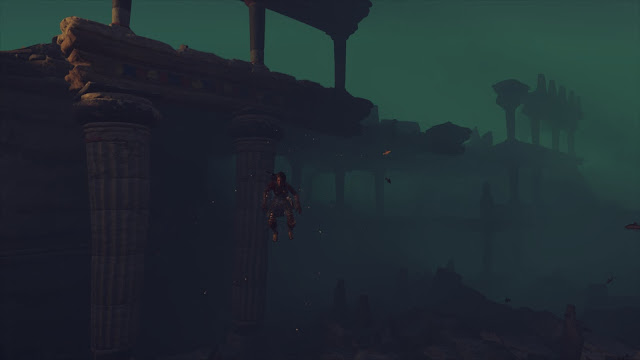